As a string quartet, Celebration Strings partners with other professional violinists, violists and cellists which enables us to expand our group beyond four members. In the event you are having a small, intimate in-home gathering (or in another venue where space is limited) our string quartet can become a trio. On-site event coordinators as well as the parties hiring us appreciate Celebration Strings quartet members’ punctuality, cooperation and ability to adjust at a moment’s notice to changes. Also they are comfortable with the fact that we have liability insurance. Of course, the bottom line is, can our singing strings bring joy to those in attendance wherever we happen to be performing. Celebration Strings has performed in venues around our Valley. Some are located in Phoenix, Peoria, Scottsdale, Mesa, Tempe, Litchfield Park, Glendale, Paradise Valley, Gilbert, Queen Creek and Cave Creek. With detailed on-line maps available, driving to various locations in the Phoenix area has become easier. 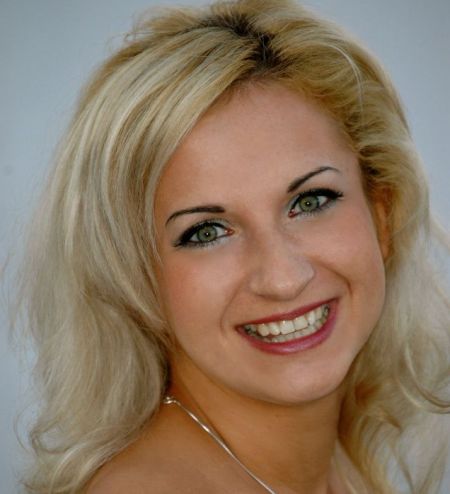 Dagmara Hobbs was born in Poznan, Poland. Following centuries of family tradition, she began playing the violin at three years old. Her father, Stanislaw Suchon, the concertmaster of Poznan Philharmonic Orchestra, was her first master. Under the guidance of Prof. Michal Grabarczyk, Dagmara was honored by professors from The Moscow Conservatory, and graduated a Master of Arts-Violin Performance, from the Ignacy Jan Paderewski Conservatory in Poznan, Poland. She also studied with Wanda Wilkomirska, Marina Jashvili, Abram Stern, Alexander Treger, Jeremy Cohen and Murray Adler. Coming from a family of musicians with extensive musical traditions, Dagmara's performances have ranged from ancient music ensembles, to classical symphony orchestras, to corporate shows with an electric violin. Since childhood, she has been seen performing as a soloist, in chamber and symphony orchestras with outstanding artists such as Joshua Bell, in Poland, Germany, France, Netherlands, Italy, Austria, Switzerland, Spain, and Portugal. As a pop musician, Daga was the famed artist behind the Space Violins, and graced the stage playing with Marco Antonio Solis, Goran Bregovic, and Barrage. While living in Venice, Italy, she performed with orchestras in Milan, Florence, Padua, and Venice, and even had the honor of playing for Pope John Paul II. Since moving to the United States in 2005, Dagmara has given recitals in Los Angeles, San Diego, Phoenix, and St. Louis, as well as performed with the Riverside County Philharmonic, San Bernardino Symphony, Redlands Symphony, Santa Monica Symphony, Ventura Festival Orchestra, New West Symphony, The Phoenix Opera, The Phoenix Symphony, Musica Nova, The Henry Mancini Institute Orchestra, The American Youth Symphony, The Los Angeles Philharmonic, (the Great) John Williams, and Sir James Galway.

Danica Terzic is a professional violinist in the valley with experience as both a chamber and an orchestral musician. Trained at the School of Music in Dubrovnik, Croatia where she received her Bachelor of Music in Violin Performance from Zagreb University, Danica recently obtained her Master’s degree in Violin Performance from Arizona State University. Currently a first violin in Musica Nova Orchestra in Scottsdale and a principal second violin in Scottsdale Arts Orchestra, Danica has held positions with the Peninsula Symphony in San Francisco Bay Area, the Vancouver Chamber Players in Vancouver, Canada, and the Dubrovnik Symphony Orchestra in Dubrovnik, Croatia. Danica feels fortunate to be able to explore her two passions: love for teaching and expressing herself through performance. She maintains her private studio in Scottsdale and is also the adjunct faculty at the South Mountain Community College.

Dwight has been performing in symphony orchestras and chamber ensembles for over forty years.  He was a violist with the Phoenix Symphony Orchestra for ten years and is currently the principal violist of the Chandler Symphony Orchestra and a violist in the MusicaNova Orchestra in Scottsdale.  He has both Bachelors and Masters degrees in viola performance from Arizona State University and was an award winner and soloist with the ASU Orchestra as a graduate student.  He has also performed as viola soloist with orchestras in Illinois and the Chandler Symphony Orchestra.  Twice he has played the national anthem on viola at Arizona Diamondback games.  He enjoys playing chamber music with friends and especially in helping to musically enhance the special occasions of weddings and other festivities.

Nancy was born in California, the eldest of twelve children and began playing violin at a very early age. The other great passion in her life is water sports. In addition to her musical studies in high school, Nancy was a member of the swim team. High school concerts brought her to Los Angeles where she was introduced to surfing. Today, she also enjoys deep sea diving for jade in Northern California. Nancy received her Bachelor's in Music Performance from Northern Arizona University and joined The Phoenix Symphony in 1973. Beethoven and Shostakovich are her favorite composers but the jazz sounds of Chick Corea also has a high rating with Nancy. Summers find Nancy performing at the Flagstaff Festival and being very involved in her church's youth program, where she serves as both teacher and guidance counselor.

Cellist Pat Fisher began studying piano in her hometown, Portland (OR) at age five and cello five years later. While in high school she was her state’s delegate for performance in the MENC National Youth Orchestra. Later she became a cellist in the Oregon Symphony. Then, after moving to Canada, she was principal cellist in a regional chamber orchestra in Ontario. While in London, Canada she taught orchestra in a number of schools and worked toward a master’s degree in cello performance. After coming to Arizona she taught orchestra and general music in Tempe and Scottsdale schools. She served on the board of The Phoenix Chamber Music Society and American String Teachers Association (AZASTA). Currently, she maintains a teaching studio, offering both cello and piano lessons. Performing with her colleagues in Celebration Strings is also a source of great pleasure.